Walking my setter through downtown Portland this week, I laughed at a bumper sticker: “One lab accident away from being a superhero.”

That is true! It turns out that life is one big big surprise after another. In an instant, success, failure, and fate can transform your life and career.

If you had a crystal ball, you could ask it what 2018 will bring. But since we are all wandering blindly into the pitch black of tomorrow with arms outstretched for our dreams, we might consider the life stories of broadcasters that walked before us.

Plan for the worst, hope for the best.

The Oprah Winfrey Show is now considered one of the greatest television shows of all time. But just after syndication launched in 1986, Mike Wallace of CBS’ 60 Minutes asked Oprah what would happen if the show did not do well. Her response? “If it doesn’t do well, I will still do well. I am not defined by a show.”

When CBS canceled The Johnny Carson Show in 1956, Carson thought he was finished.  But he found new agents who pushed him into a game show, Who Do You Trust on ABC. It was a step down, but the show helped Carson develop his skills of interaction and made him a household name. That experience positioned Carson to replace Jack Paar on NBC’s The Tonight Show, where he hosted successfully for 30 years.

Keep fighting no matter what.

In 1934, Edwin Armstrong presented his new invention, FM radio to NBC. They rejected it as too complicated. Then, Armstrong’s patents were tied up for years in costly litigation. In financial despair, he jumped out of his thirteenth-floor apartment in New York City. His wife, Marion went on to win all of his lawsuits and secured Edwin’s reputation as “the most prolific and influential inventor in radio history.”  Edwin was not around to receive all of the recognition, fun and riches that were rightfully his because he quit too soon.

Think of the best things in your life and career. Think of the worst things. Did you expect any of them, or were they a surprise?

Consider your path ahead and the unexpected lab accidents that you may encounter. Good or bad, each one has the potential to turn you into a superhero. Are you ready? 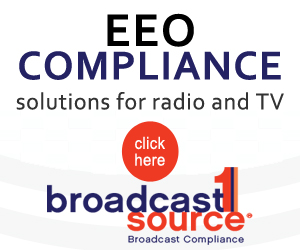